In Signs: Journal of Women in Culture and Society The women’s movement wing of the Progressive Era—the wave of widespread activism spanning the 1890s to the 1920s—was defined by two important but often conflicting dynamics. The movement was built around coalitions, with women collaborating across organizations to advocate for multiple reforms, including those related to gender, class, immigration, and race. At the same time, there were deep divisions and debates among women from different backgrounds, leading to conflict and mistrust within the movement. This article uses network and text analyses methods to reexamine the intersections of race, class, gender, and ethnicity in first-wave feminist organizations in Chicago during the Progressive Era, from 1860 to 1920. Using intersectionality as a theoretical lens, the article takes a bird’s-eye view of organizational connections and discourse across this movement. By comparing three different identities that intersected with gender—class, ethnicity, and race—I reexamine both collaboration and conflict within Chicago’s first-wave movement by mapping the precise empirical contours of intersectionality within it. I find that class and ethnicity were both an organizational core and a persistent public focus of the movement. While the intersection of race and gender was also an important aspect of this movement, race was never fully integrated into the movement to the extent that class and ethnicity were. In other words, Chicago’s first-wave women’s movement was foundationally intersectional, but not all of its intersections were treated equally in the core of the movement. This analysis lends fresh empirical evidence to historians’ observations of both coalition and conflict within first-wave feminist organizations. As the women’s movement continues to grapple with anti-Black racism, we can reflect on the inequality of intersectionality during the first wave to inform and frame our attention to intersectionality today. 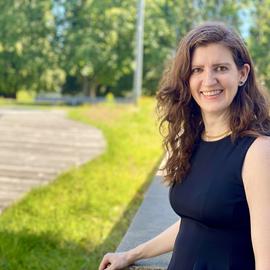